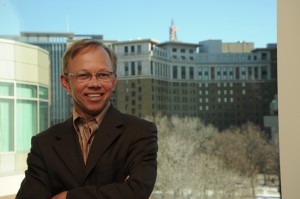 Ted Davis counsels business and community leaders on communications strategy, public affairs, media relations and working effectively in the public arena.  He helps you reach with the people who important to your success with messages that inspire them to take action.

As a strategic advisor, Ted has played a lead role in several high profile public issue communications campaigns including the public outreach efforts for the Central Corridor Transit Line in Saint Paul and Minneapolis, legislative funding for the Regis Center for Art at the University of Minnesota and public funding for Saint Paul’s Xcel Energy Center.

Ted has worked on numerous local political and public issue campaigns and currently serves as a director of the Saint Paul RiverCentre Convention and Visitors Authority and the Saint Paul Police Foundation.  He is a frequent speaker on public relations issues and has served as adjunct faculty at the University of Minnesota and Metropolitan State University.

Ted has been recognized as one the Minneapolis/Saint Paul Business Journal’s 40 leaders under the age of 40.  WCCO Radio recognized his work in the community with their Good Neighbor Award.

Ted is accredited by the Public Relations Society of America and holds a bachelor’s degree in journalism from the University of Minnesota School of Journalism and Mass Communications. 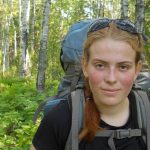 Sari Hoffman-Dachelet keeps the trains running on time. Her skills in project management, research and content development help our client reach the right audience with the right message at the right time. She is a planner, a writer and a gifted problem solver.

Sari holds a degree in Government and Anthropology from Lawrence University. Her interests lie in local government and her experience has been global. Having lived in Germany and India Sari understands that local solutions are the key to solving global problems.

Along with a passion for other cultures, learning languages and traveling, Sari spends time swing dancing, practicing martial arts, and camping and canoeing in northern Minnesota.

Davis Communications Management is a public relations, public affairs and communications consulting firm based in Saint Paul, Minnesota. We help clients build the partnerships they need to achieve their goals. We connect companies, organizations and individuals with the people who are vital to their success.